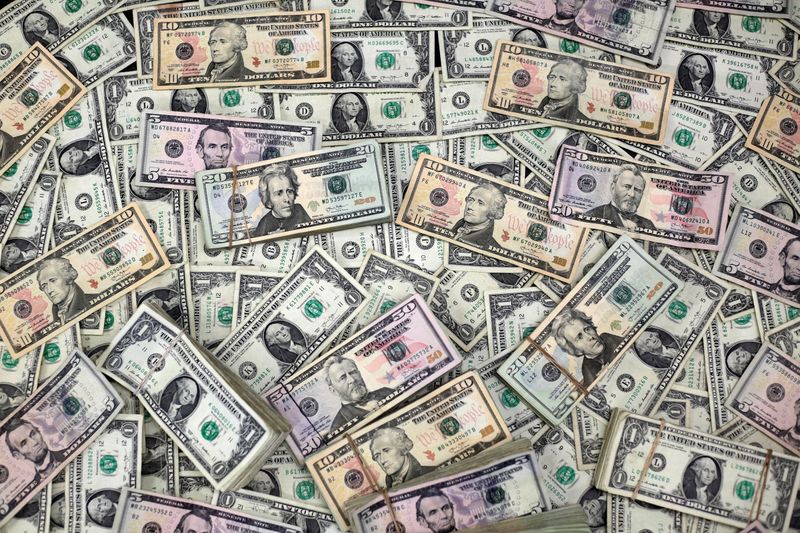 By Megan Davies and Maiya Keidan

NEW YORK/LONDON (Reuters) – A fund trading strategy that tracks hundreds of billions of dollars in assets and often gets blamed for exacerbating market selloffs is facing a challenge from the policy response to the pandemic. But fund managers said they are adapting, and new money is flowing in.

Most closely associated with investment funds such as Bridgewater Associates and AQR, the strategy, called risk parity, typically spreads risk over stocks, bonds and other financial assets, as against traditional 60-40 stock and bond portfolios where equities carry more risk. It uses leverage to magnify returns from lower-risk assets such as bonds.

But the U.S. Federal Reserve’s policy of keeping interest rates near zero in response to the coronavirus crisis has raised questions about the strategy. Bond prices, which move inversely to yields, have little room to rise and volatility has been generally low, which dulls Treasury bonds’ appeal, analysts and investors say.

Managers of risk parity assets said they are adjusting to the new reality, that the industry can thrive in a low-yield environment and investors can still benefit from the diversification it brings.

Bridgewater, which manages around $148 billion, told Reuters it has around 45 new commitments this year to invest money from existing and new clients. Many, it said, were in the $1 billion-plus range.

Prince said his firm had reduced its exposure to Treasuries in favor of assets like inflation-linked bonds, and increased exposure to China. Within Treasuries, he said longer-dated maturities like the 30-year — which are less influenced by Fed policy — were more attractive. Bridgewater’s move into TIPs was previously reported by Bloomberg.

Bridgewater’s All Weather fund returns were up between 1% and 7% this year, he said.

Hakan Kaya, a senior portfolio manager at asset manager Neuberger Berman, which has more than $1 billion under management in risk parity strategies, also reported positive inflows. Kaya said he had made shifts such as rotating into assets like Treasury Inflation-Protected Securities.

AQR, which manages around $141 billion total, said with “all assets, including stocks, challenged by today’s low risk-free rate environment, we believe that the risk diversification of risk parity remains an excellent approach to portfolio construction.”

At least two major investors have decided to withdraw in recent months from risk parity, however, part of a trend which one pension fund consultant said was seeing large funds do their own diversification and seek higher yielding assets. The $34 billion Texas Permanent School Fund, for example, has mostly withdrawn, meeting records show.

First introduced in the mid-1990s by Bridgewater https://www.bridgewater.com/research-and-insights/the-all-weather-story, risk parity grew in popularity after the 2007-2009 global financial crisis, investors said. Estimated assets under management are now about $120 billion, or roughly $400-$500 billion with leverage, according to Neuberger Berman https://www.nb.com/en/global/insights/risk-parity-and-the-fallacy-of-the-single-cause.

Investors and analysts said the strategy had benefited from bond yields trending ever lower. But with little space for bonds to rally, the strategy faces a problem, said Grant Wilson, head of Asia-Pacific at macro advisory firm Exante Data, in an Australian Financial Review column https://www.afr.com/markets/debt-markets/all-weather-risk-parity-strategy-loses-its-shine-20200913-p55v4b.

“I’m worried that the whole concept of risk parity will be much more complicated,” given the level of interest rates now, Kushma said.

This year so far, risk parity strategies that target volatility of 12% had annual returns of negative 4% versus a 20.5% gain last year, according to HFR, a hedge fund industry data provider. In September, returns were down 1.3%.

The Texas fund, which had around $2 billion https://tea.texas.gov/sites/default/files/Asset%20Mix%20SBOE%20063020.pdf allocated, decided to withdraw after saying in a report https://tea.texas.gov/sites/default/files/7-1-20%20CSF-PSFmin.pdf the strategy underperformed its benchmark. Holland Timmins, chief investment officer of the $34 billion fund, told a board committee on Sept. 1 http://www.adminmonitor.com/tx/tea/committee_on_school_finance/2020090122 that it had nearly exited risk parity.

The Pennsylvania Public School Employees’ Retirement System, which had $3.6 billion https://www.psers.pa.gov/About/Investment/Documents/performance/PSERS%20Total%20Fund%20Summary%20-%201Q20.pdf devoted to risk parity, said https://www.psers.pa.gov/About/Board/Resolutions/Documents/2020/2020-33.pdf this summer that its investment office had recommended reallocation to other assets.

Rhett Humphreys, partner at investment consulting firm NEPC, said he expects risk parity to return around 5%-5.25% over the next decade — not enough for many pension funds.

Humphreys is working with some funds that are eliminating the strategy, which he said also suffered from being less exposed to outperforming U.S. equities than a 60/40 portfolio.

Bridgewater’s Prince, however, said the 60/40 portfolio was “probably disadvantaged much more” by a zero interest rate environment due to a lower return on bonds and more downside risk on equities. With risk parity, the portfolio can be restructured to keep diversification.

Humphreys added that while risk parity can make sense for smaller funds that may not have the capacity to diversify, larger funds can buy different assets directly.

Peter Willett, senior investment manager researcher at Mercer said while he expects investors to reassess their risk parity allocations, “they may not necessarily exit the space.”

The fund focuses on deep technologies and will invest $500,000 to $1.5 million as an initial investment in each selected initiative.


Israeli-Japanese seed-stage tech investment Aristagora VC has announced its first $60 million fund. The fund focuses on deep technologies and will invest $500,000 to $1.5 million as an initial investment in each selected initiative. As a fund with deep financial capabilities, Aristagora VC will support its portfolio companies’ growth through next-stage funding rounds and will serve as a feeder for later-stage and growth-stage funds and will focus on multi-stage exit strategies.

Aristagora VC will also bring another significant advantage to its portfolio companies. As one of the fund’s active general partners hails from Japan and manages private equity and investment activities in Tokyo, the fund will also provide a foot in the door for its portfolio companies to make connections and secure significant business relationships within the Japanese market, known to be hard for foreigners to penetrate..

The fund’s Israeli managing partners are Anat Tila Cherni and Moshe Sarfaty, both experience venture capital investors, while the chairman of the fund’s Investment Committee is Gideon Ben-Zvi. The fund’s fourth partner, Takeshi Shinoda, operates out of Japan and Singapore.

He said, “From my vantage point in Japan, I know exactly what needs to be done to penetrate the Japanese and Asian markets. My local team and I will ensure that the fund’s portfolio companies are brought to the local market at the right time and in the best possible way. We will help Israeli entrepreneurs with their diverse Israeli mentalities to adapt themselves to the local market while also holding on to the many benefits that led us to focus on the Israeli market in the first place.” 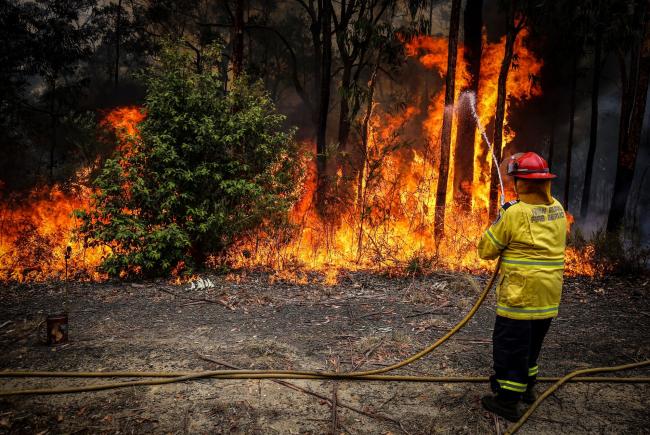 (Bloomberg) — Most Australians would prefer investment in clean energy to help lift the economy out of its Covid-induced recession to the government’s plan for a “gas-fired” recovery.

Just 12% of respondents in a survey commissioned by The Australia Institute supported the emphasis on gas in driving the revival, compared with 59% who said they would prefer renewable power to be central. The findings reflect growing concerns in a country ravaged by one of its worst bushfire seasons on record earlier this year, according to the climate-focused think tank.

“There is one clear message: most Australians want more renewables and less fossil fuels,” said Richie Merzian, AI’s climate and energy director. “That means phase out coal-fired power stations, bypass a gas-fired transition and plug into renewables to power their future.”

Prime Minister Scott Morrison’s government has backed fossil fuels and refused to set any target to reach zero emissions even as key export markets including China and Japan pledge to intensify their efforts. U.K. Prime Minister Boris Johnson urged Morrison to take “bold action” on climate change, including a net-zero goal, in a phone conversation between the two leaders on Tuesday, the Sydney Morning Herald paper reported.

Last month, the government rolled out a suite of energy policy initiatives aimed at helping the economy pull out of its first recession in 30 years. They included incentives to develop new gas resources and pipeline infrastructure and a promise to build a new gas-fired generation plant if private operators didn’t commit to replacing a retiring coal power station.

Around 80% of those surveyed said Australia was already experiencing the impact from climate change, while 82% were concerned that global warming would make bushfires worse in the years ahead.

Opinion polls in Australia often show strong support for tougher action to combat climate change, but the evidence suggests that does not necessarily translate to votes. In the 2019 national election, the opposition Labor Party fought on a strong green platform, including a climate target that went beyond the country’s Paris Agreement commitments, yet the pro fossil fuels center-right Liberal Party still won with a bolstered majority.

The survey, conducted in July by YouGov on behalf of AI, questioned about 2,000 people spread evenly across Australia’s states and territories.

South Korea’s Moon Says Virus Has Been Contained By Bloomberg 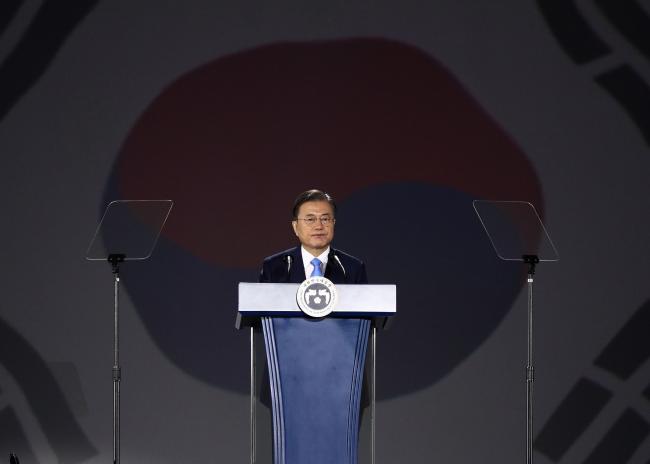 (Bloomberg) — South Korean President Moon Jae-in said his country has contained the coronavirus as he sought a budget increase in order help the pandemic-hit economy recover.

Speaking in parliament on Wednesday, Moon called for strengthening the government’s fiscal role next year by increasing the budget by 8.5%. South Korea’s vigorous response in fighting the pandemic has helped boost Moon’s political standing at home and led to a stronger than expected rebound from its pandemic-triggered recession.

“By reinforcing the active role of fiscal policy, we can quickly overcome the crisis,” Moon said.

Moon said now is the time for a clear economic rebound, while also cautioning the country still runs the risks of a virus resurgence. He spoke a day after data showed that gross domestic product increased 1.9% in the three months through September from the prior quarter. Economists had forecast 1.3% growth, following two quarters of contraction.

South Korea has seen some of the lowest death figures from Covid-19 of any advanced economy, with about 460 as of Wednesday. It is recovering from recession in a stronger position than most developed nations, aided by its exports recovery, stimulus measures and its relatively successful containment of the coronavirus.