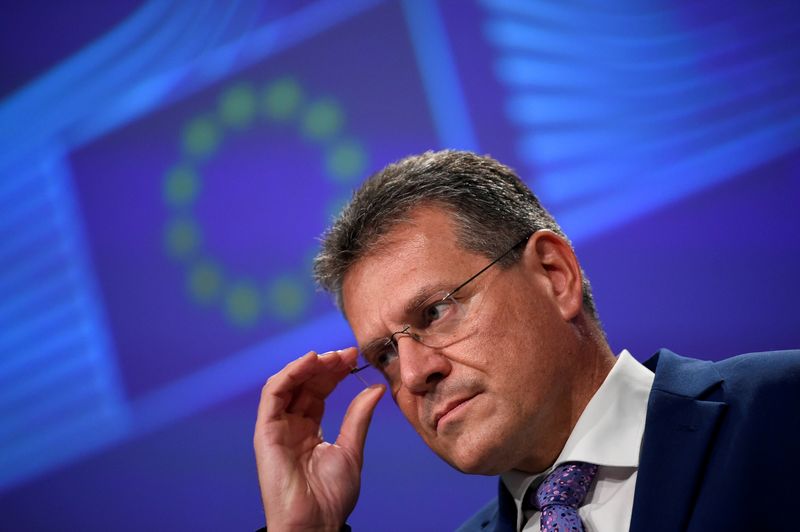 By Philip Blenkinsop and Francesco Guarascio

BRUSSELS (Reuters) – European Union leaders will agree on Thursday to extend talks with Britain on a trade deal in coming weeks to seek concessions on fisheries, fair competition and dispute resolution in an effort to preserve a trillion euros worth of annual commerce.

Months of talks between the estranged allies have narrowed gaps on issues from energy to welfare for 2021 when Britain’s transition period after leaving the bloc ends.

But the three most contentious areas have so far prevented a deal, with businesses and markets increasingly jittery as the year-end deadline nears for agreement between the world’s sixth biggest economy and its largest trading bloc.

Last month, Britain’s Prime Minister Boris Johnson set Oct. 15 as the deadline for a deal and on Wednesday said he would decide what to do after reflecting on the conclusions of this week’s EU summit.

“The European Council invites the Unionʼs chief negotiator to continue negotiations in the coming weeks, and calls on the UK to make the necessary moves to make an agreement possible,” the latest draft of the EU summit conclusions said.

Many on financial markets expect a thin deal by early November, though after several more weeks of drama.

The 27 EU heads of state will also want an acceleration of contingency plans for an abrupt split if no agreement emerges in time on trading with Britain without tariffs or quotas.

But, keen to avoid being blamed, the bloc will continue negotiations for as long as possible, a German government source said, adding: “The European Union will not be the ones getting up from the table.”

The EU says a deal must come in early November at the latest to allow time for ratification by its parliament and some national chambers. Britain’s junior business minister Nadhim Zahawi said London also could not wait much longer as it needed to tell businesses to prepare if talks fail.

In a call on Wednesday, senior EU officials pushed Johnson for progress.

With fisheries crucial to France, President Emmanuel Macron is expected to take a hard line on Thursday.

The EU has warned it will not leave the matter to last and that it could only be part of a wider deal together with issues like energy ties or financial services where London has a weaker bargaining position than on fishing rights.

The sides are also far apart on the so-called level playing field guarantees of fair competition. They cover social, labour and environment standards, as well as state aid.

If both sides follow the same rules, they can trade without any barriers. But Britain wants to be able to regulate its own corporate subsidies freely in the future, while the EU seeks to lock in joint principles.

Otherwise, the EU says Britain cannot have open access to the bloc’s cherished single market of 450 million people as it could offer its goods for sale at artificially low prices resulting from substandard production.

“It’s a bit like one of your children not wanting to eat their veggies,” an EU diplomat said of Britain’s reluctance to accept the bloc’s position.

“What do you do? Do you force it into their mouth or do you try to mix it up another way?”

Unsuited to new era? Fate of formal fashion hangs by a thread By Reuters

In the past two years the blockchain and cryptocurrency industry has shrunk considerably, and many companies have closed, but in the past couple of months there has been something of a revival in the formation of startups and in new investment in this field. This trend finds expression in Israel in the formation of a new accelerator, Collider Labs, launched this week by the founders of venture capital firm Collider Ventures.

An initial $1 million has been invested in setting up Collider Labs. The money was raised from dozens of investors, chief among them the three founding partners Ofer Rotem, Adam Benayoun, and Avishay Ovadia.

Collider says that the $1 million raised for the new accelerator is earmarked for investment in early-stage companies in pre-seed investment in amounts between $25,000 and $75,000 for each company. A first startup has already joined the accelerator – a company set up by Israeli entrepreneurs and operating from London. Collider has not so far released further details.

Ovadia, who is founding venture partner at Collider, is manager of the new accelerator. “Our model is different from that of most accelerators,” he told “Globes”. Generally, when an entrepreneur is accepted to an accelerator, he finds that he is expected to work according to a rigid work plan and a timetable dictated from above. With us, it’s quite different: we tailor a personal program for each entrepreneur, in accordance with the stage he is at, and don’t hesitate to change the program as necessary. The aim is to become genuine partners of the most talented entrepreneurs in the market, in the hope of continuing to accompany them as the ‘home investor’ even after they spread their wings and become sell-established blockchain companies.”

At the conclusion of a stormy process, the shareholders of Bank Hapoalim (TASE: POLI) today elected Stanley Fischer and Israel Trau as “regular” directors of the bank, and Ronit Abramson-Rokach and Dalia Lev to continue as external directors. The shareholders were required to choose four out of six candidates recommended by the committee for the selection of directors in banks without a controlling core. Now that Fischer has, as expected, been elected a director of the bank, he may be tapped in the future for the role of chairman, a post currently held by Reuven Krupik.

C’tee member quits over Fischer candidacy to Hapoalim board

In a statement released this evening, Fischer said, “I am pleased to join the Bank Hapoalim’s board of directors. I intend to study the bank and its activities in depth, as well as the competitive and regulatory environment , so that I can contribute from my experience to the bank and its growth.

“The Israeli banking system faces many challenges, not the least of them resulting from the coronavirus crisis. I believe that Bank Hapoalim’s management and staff will be able to meet these challenges as we move ahead in strengthening the bank for the future.”

Fischer was governor of the Bank of Israel from 2005 to 2013. During his tenure, he demanded, and ultimately obtained, the ousting of then Bank Hapoalim chairman Dan Dankner, against the wishes of Shari Arison, who was the controlling shareholder in the bank at the time and who appointed Dankner to the post. Dankner subsequently served a prison sentence after being convicted on various charges in connection with his chairmanship of Hapoalim.  Fischer is also a former chief economist of the World Bank and First Deputy Managing Director of the International Monetary Fund, and he was vice chairman of the US Federal Reserve Board of Governors. From 2002 to 2005 he was an executive at Citigroup.

The election of Fischer as a director could mean a change in the balance of forces on Bank Hapoalim’s board and perhaps a change in its attitude to the bank’s management.

The shareholders also approved Bank Hapoalim’s last annual report and the reappointment of KPMG Somekh-Chaikin and BDO Ziv Haft as joint auditors until the bank’s next annual general meeting. 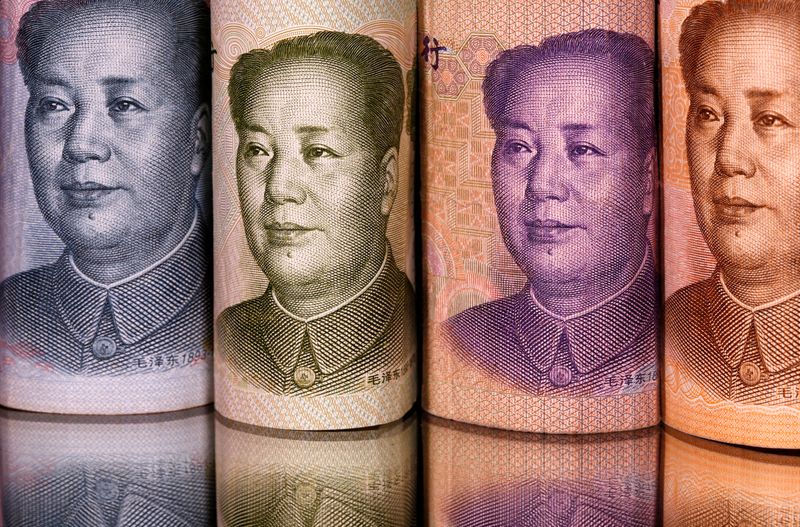 © Reuters. Chinese Yuan banknotes are seen in this illustration

SHANGHAI (Reuters) – China will seek to improve the flexibility of its yuan currency and will reduce restrictions on cross-border use of the yuan, the country’s central bank governor Yi Gang said on Saturday.

Yi was speaking at the Bund Summit conference held in Shanghai.