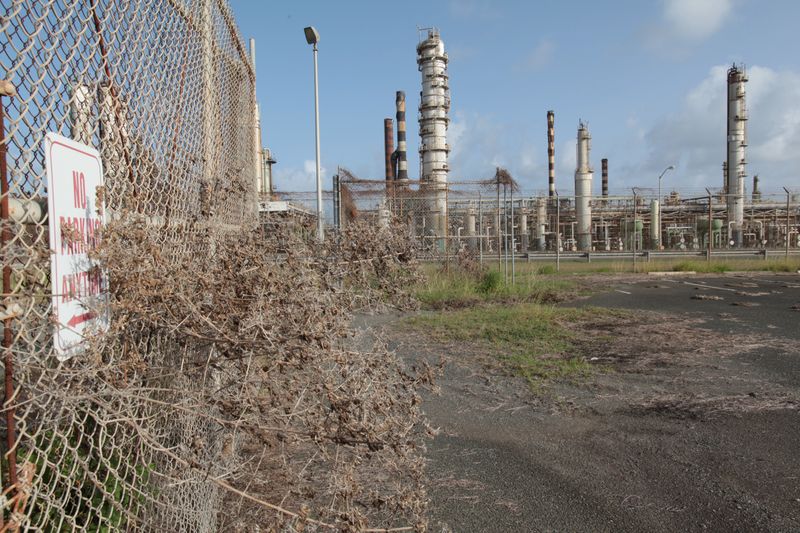 © Reuters. FILE PHOTO: An abandoned parking lot is seen outside the installations of the Hovensa petroleum refinery in St Croix

(Reuters) – The problem-plagued Limetree Bay refinery in St. Croix, Virgin Islands, may lose its main supplier of crude, oil major BP (NYSE:), if it isn’t successfully up and running by December, according to two people familiar with the matter.

The Caribbean refinery’s owner, Limetree Bay Ventures, has spent at least $2.7 billion restoring the facility, initially hoping to tap rising demand for low-sulfur fuels and markets in Latin American and Caribbean. But the plant’s restart date has been delayed by nearly a year now.

BP Plc (L:) invested in the plant with an agreement to supply its crude and market the fuels produced in anticipation of a late 2019 startup. BP can terminate that contract if the plant cannot reach a certain production target by year-end, the people said, threatening the future of the largest new refining capacity in the Americas.

Limetree owners EIG Global Energy Partners and Arclight Capital Partners embarked on the overhaul in expectation of a surge in demand for marine fuels that comply with new maritime rules for low sulfur content. BP’s investment was to be repaid from product sales.

The goal was to have the refinery produce as much as 210,000 barrels per day of refined product, but the COVID-19 pandemic has crushed refining margins for fuels across the globe.

In recent weeks, Limetree experienced problems trying to restart the crude unit, according to one of the people familiar with the matter. That followed a series of delays due to corrosion uncovered during renovations.

With the problems the refinery is having, it is less attractive for BP to remain invested, according to sources familiar with the plant. The oil major is in the midst of a global overhaul of its operations, with plans to boost renewable investments and cut fossil fuel development, which also now makes this investment less attractive.

At least one vessel carrying booked by BP has been moored outside the refinery since the end of August, waiting to unload crude loaded from Guyana, according to two sources and data from Refinitiv Eikon. Companies usually pay demurrage fees when ships idle without unloading.

Hovensa, the refinery’s previous owner, shut the plant in 2012 due to poor refining economics, but it once processed more than 500,000 barrels of crude per day.

Restarting mothballed refineries is challenging, said John Auers, executive vice president at refining consultancy Turner, Mason and Company, even though several Limetree units are only about 20 to 30 years old, relatively new for a refinery.

“Problems are not uncommon with startups, even at new facilities because of all the moving pieces, high pressures and high temperatures,” Auers said.

Oil Down Over “Anemic” Demand Versus Oversupply Fears By Investing.com

Investing.com – Gold rallied for a third straight day on Wednesday as the dollar tumbled and bulls in the yellow metal chased the prospects of a Covid-19 economic stimulus before the U.S. election in two weeks.

The , which pits the greenback against six major currencies, tumbled for a third straight day on Wednesday, losing 0.5% to hit a seven-week low of 92.46 on speculation that the White House and Congress might reach agreement on a new coronavirus relief deal. Gold is an outright hedge for any losses in the dollar.

Hopes for a stimulus deal were kept alive on Wednesday by White House Chief of Staff Mark Meadows, who said he was “very hopeful that progress is being made” in the negotiations. Meadows added that the Trump administration will continue to stay engaged in talks with House of Representatives Speaker Nancy Pelosi over the coming days.

Congress, led by Pelosi and the Democrats, approved a Coronavirus Aid, Relief and Economic Security (CARES) stimulus in March, dispensing roughly $3 trillion as paycheck protection for workers, loans and grants for businesses and other personal aid for qualifying citizens and residents.

Democrats have been locked in a stalemate since with President Donald Trump’s Republican party on a successive package to CARES. The dispute has basically been over the size of the next relief as thousands of Americans, particularly those in the airlines sector, risked losing their jobs without further aid.

It’s anyone’s guess if a deal could be struck before the Nov. 3 presidential election, where Trump faces Democrat challenger Joe Biden. A preliminary agreement over the stimulus could be a positive talking point in the election for Trump, who trails Biden in most polls.

Another stimulus is also critical for the economy, which may be forced into a slower and weaker recovery from the Covid-19 without more aid, Federal Reserve Governor Lael Brainard said Wednesday.

The US economy was stuck in a “slight to modest” pace of recovery in September, with the job market struggling, as businesses tried to operate amid continued impact from the pandemic, the central bank’s Beige Book report of business conditions showed. 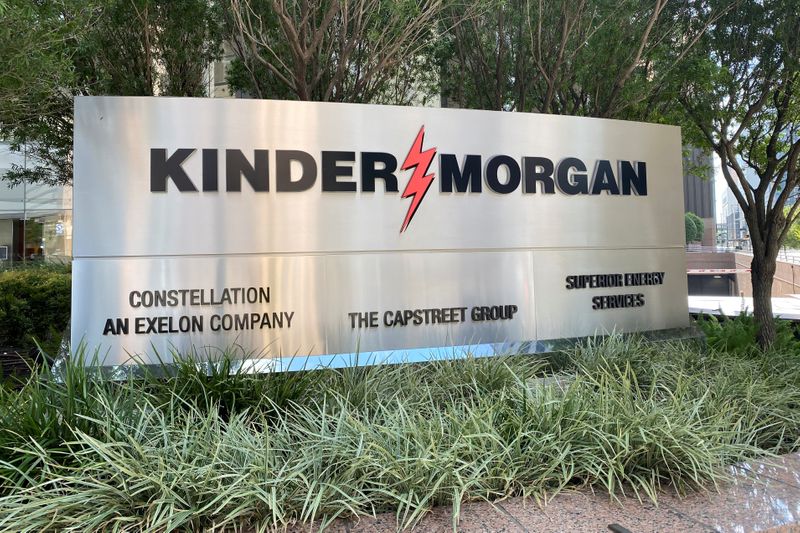 (Reuters) – U.S. pipeline operator Kinder Morgan Inc (N:) reported a 10% drop in quarterly profit on Wednesday as a steep drop in prices due to the coronavirus pandemic hurt production and transportation of the fuel.

Soybean Futures—Soybean futures in the November contract is trading higher for the 3rd consecutive session continuing it’s bullish momentum up another 9 cents at 10.73 a bushel as there are still concerns about weather conditions in the country of Brazil which is the 2nd largest producer in the world.

I have been recommending a bullish position from the 9.14 level and if you took that trade continue to place your stop loss on a hard basis only at 10.34, however the chart structure will improve in 3 trading sessions therefor the monetary risk will also be reduced.

If you have been following any of my previous blogs you understand that I thought prices could touch the $11 level and I still do believe that as planting in Brazil is only 8% complete which is way behind schedule causing some concern at this market fundamentally & technically speaking has everything going for it especially since China stepped up to its Phase 1 trade agreement with the United States buying large quantities in recent months.

The U.S farmer has really struggled over the last couple years, but now it’s reaping the rewards of the trade agreements as corn prices are now above $4 as wheat prices which I also have a bullish recommendation is hitting a 5 year high as this is a terrific thing to see and I still believe higher prices continue.