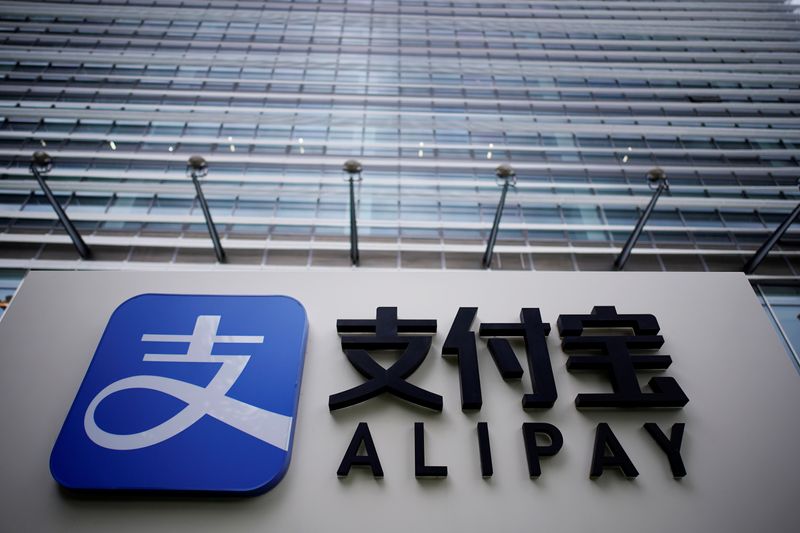 © Reuters. FILE PHOTO: Alipay logo is pictured at the Shanghai office of Alipay, owned by Ant Group which is an affiliate of Chinese e-commerce giant Alibaba, in Shanghai

By Julie Zhu and Zhang Yan

The China Securities Regulatory Commission (CSRC) is looking into the role of Alipay, Ant’s flagship payment platform, as the only third-party channel through which retail investors could buy into five Chinese mutual funds investing in the IPO, the people told Reuters, speaking on condition of anonymity.

The arrangement sidelined banks and brokerages, the traditional route for retail investors to buy into funds. More than 10 million retail investors piled money into the five mutual funds when they were launched in late September, underscoring the marketing clout of Alipay.

The CSRC said in guidelines effective from Oct. 1 that mutual fund distributors should avoid conflicts of interest form selling products related to their other existing and potential businesses.

The people said the probe was unlikely to derail the IPO, although it was unclear what its outcome might be.

It has already delayed Ant’s plans, however, as the company had hoped to get CSRC approval last month, and it has narrowed the window for the IPO ahead of the Nov. 3 U.S. presidential election, which could fuel uncertainty for global markets.

Ant, a domestically incorporated affiliate of Chinese e-commerce behemoth Alibaba (N:), is seeking a dual-listing in Shanghai and Hong Kong as soon as this month, and needs CSRC approval for both listings.

The delay in CSRC approval has forced Ant to postpone a hearing with the Hong Kong stock exchange, the last part of the approval process for the Hong Kong listing, the people said.

The Shanghai exchange, in contrast, cleared the listing in 24 days, compared with roughly four months for most IPO candidates that obtained approval in September, according to public disclosures from the exchange.

Ant’s listing process has been marked by secrecy, with the firm asking lead bankers to personally sign confidentiality pacts and pressing some investors to explain why they should be allowed to attend marketing meetings.

Ant originally aimed to have the hearing with the Hong Kong bourse’s Listing Committee on Sept. 24 and to launch the IPO after the week-long Chinese National Day holiday that ended on Oct. 8, said two of the people.

The company is still aiming for the Hong Kong hearing to take place in the coming days, according to one of the people.

Exchanges and regulators scrutinise IPO prospectuses and question companies about key issues including their financials, corporate governance, shareholders and risk factors as part of their reviews.

EU to win right to tariffs on $4 billion in U.S. goods in WTO Boeing case By Reuters 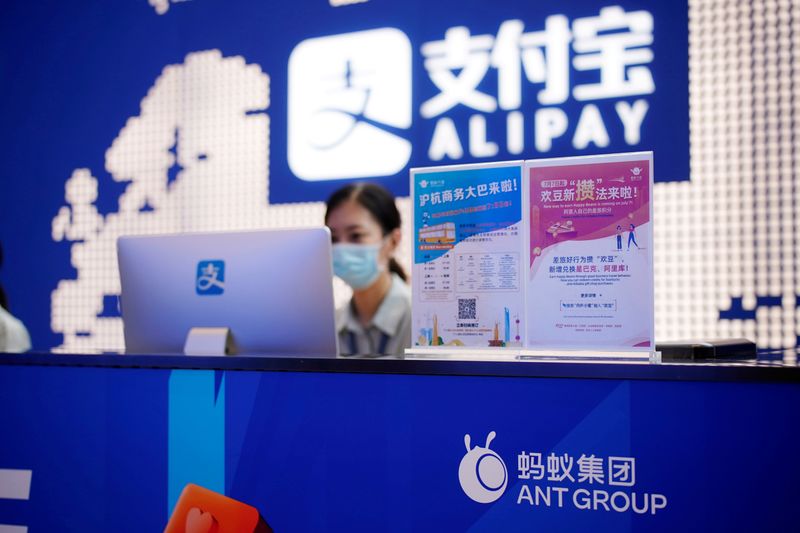 © Reuters. FILE PHOTO: Ant Group logo is pictured at the Shanghai office of Alipay, owned by Ant Group which is an affiliate of Chinese e-commerce giant Alibaba, in Shanghai

By Samuel Shen and Julie Zhu

SHANGHAI/HONG KONG (Reuters) – Chinese fintech giant Ant Group’s move to earmark a record 80% of the Shanghai leg of its $35 billion dual-listing for strategic investors has led to a scramble among smaller investors for what some see as a once-in-a-lifetime opportunity.

Ant [IPO-ANTG.HK], backed by e-commerce firm Alibaba Group (N:), has launched a dual-listing process in Hong Kong and on Shanghai’s STAR Market, and the offering is set to be the world’s largest.

Some smaller Chinese investors, spooked by concerns they could get edged out of the initial public offering (IPO) at home, are looking to bid for Ant shares in the Hong Kong float, which sources have said will not include a cornerstone tranche.

The move underscores the likely robust demand for the float, even as the approaching U.S. election has triggered concerns about a spike in market volatility.

The chance of securing IPO shares in the Asian financial hub is 50-70%, much higher than on the mainland, Li told Reuters.

Non-strategic or smaller investors in China participate in a lottery-like bidding process for IPOs, which means the fewer the number of new shares on offer the smaller the chance of winning the lucky draw.

“Everyone knows buying IPO shares makes good profits as most shares trade up on debut,” said a banker working on Ant’s STAR IPO, declining to be named as he was not allowed to speak about the process. “The demand has been rather strong for Ant shares.”

Huatai Financial Holdings is offering new clients from the mainland one Alibaba Hong Kong share if they open a brokerage account and deposit more than $HK20,000, according to an advertisement posted on an overseas investment platform in China.

Ant’s earmarking of 80% of the offering for strategic investors, including a unit of Alibaba, is sharply higher than an average proportion of 19% for such buyers in other STAR IPOs this year, according to Refinitiv data.

Before Ant, China’s biggest mobile payments company, the record of strategic tranche on STAR was set by chipmaker Semiconductor Manufacturing International Corp (HK:), which in July sold 43% of its $7.6 billion secondary listing to strategic investors, the data showed.

On the Nasdaq-style STAR, the bulk of past IPO allocations have been skewed towards state investors, mutual fund houses and select hedge funds, elbowing out smaller institutions and individuals, most of whom are not even qualified to trade.

In another unprecedented move, some of Ant’s strategic investors are subject to lock-up periods of longer than the one year that is typical, the company’s filing with the Shanghai exchange showed.

Dow, S&P futures gain on hopes of progress in stimulus talks By Reuters 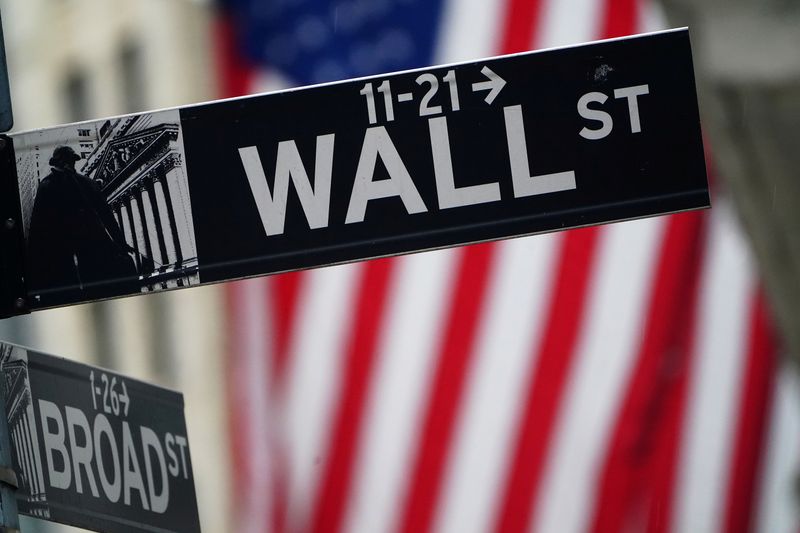 (Reuters) – Futures tracking the S&P 500 and the Dow edged higher on Friday, as investors anticipated progress in bipartisan talks over the next coronavirus aid bill ahead of the Nov. 3 presidential election.

U.S. House Speaker Nancy Pelosi said on Thursday there was progress in negotiations with the White House, but Senate Republicans remained skeptical of a possible deal costing trillions of dollars.

Uncertainly over the timeline of the relief legislature has been weighing on Wall Street’s major indexes, which were set to end a choppy week slightly lower.

Third-quarter earnings season chugged along with 126 S&P firms having reported so far. About 84% of them have topped quarterly profit estimates, according to Refinitiv data.

Gilead Sciences Inc (O:) jumped 5.8% as its antiviral drug remdesivir became the first and only drug approved for treating patients hospitalized with COVID-19 in the United States.

Apple Inc (O:) edged 0.3% higher as two of its latest iPhone 12 models went on sale in China on Friday. 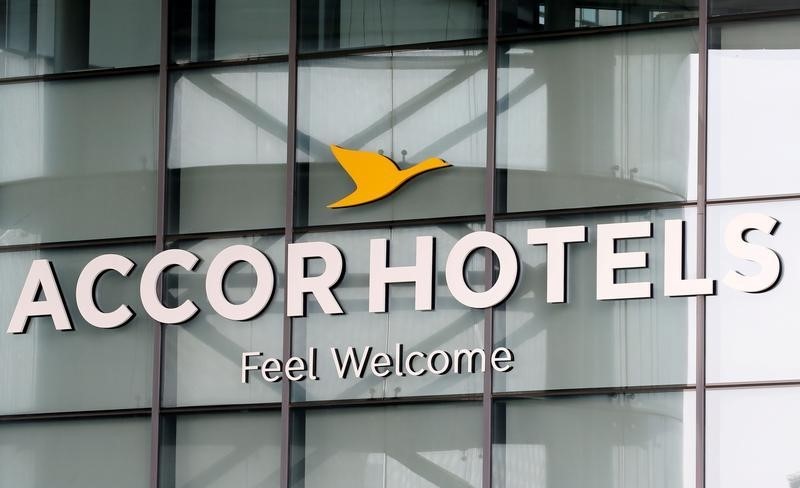 Investing.com — The hotel industry began the long road back to some kind of normality in the third quarter, but figures from Europe’s two biggest operators show just how long it will be.

Revenue per available room, the key metric for hotel investors, was down 53% at InterContinental Hotels Group (LON:), which owns the Holiday Inn and associated franchises in the three months, and was down 63% at Accor (PA:), owner of the Ibis and Sofitel chains among others.

The figures, while dismal, were in both cases a significant improvement from the second quarter, and Accor’s shares in particular profited, rising 4.2% by mid-morning in Europe on Friday after CEO Sebastien Bazin said that the worst was behind the company. IHG stock fell 1.3%.

However, this is a pallid optimism. Even Bazin’s group is predicting that bookings won’t return to pre-pandemic levels until 2023. In the meantime, Bazin told France 24, “60% of the hotel industry is distressed, 40% is optimistic” as they face the prospect of full winter of Covid 19.

On Thursday, France had extended its curfew to an area covering three-quarters of its population after posting its highest daily figure yet for new infections. In Spain, Germany and the U.K., all key markets, officials bemoan that the virus is currently out of control, despite various attempts to restrict non-essential social contact.  Bazin urged European governments to be more clear and coordinated in their guidelines on travel, after an abortive summer tourism season when official guidelines changed at dizzying speed and with little or no consistency.

IHG CEO Keith Barr acknowledged that “uncertainty remains regarding the potential for further improvement in the short term.”

Barr’s conservatism is an implicit acknowledgment that he expects the U.S. market, which accounts for more of IHG’s business, to broadly follow the European one as the latest wave of the pandemic gains force there. That could leave Asia as the sole ray of sunshine for both companies. At IHG, RevPAR has already recovered to be down only 23% year-on-year in Greater China.

Both CEOs strove to put a brave face on the medium term, however. And not without reason: conventional wisdom says that when the vaccines are finally distributed and fear of public spaces recedes, hotel stocks should be among the best performers around. Pent-up demand and fading tail risks should allow a violent reversion to the mean.

But is there anything to hope for beyond that? The pre-pandemic assumptions of endless growth in world tourism will have to be tested anew as life returns to normal, and business travel budgets will remain crimped long after the vaccines arrive. IHG has in general created value over the last two decades but Accor hasn’t posted a new all-time high since 2007, and even though Bazin is finally pushing the group towards an ‘asset light’ model that should generate higher returns on equity and demand a higher valuation, the onus is squarely on him to prove it.

Talking to Bloomberg TV earlier, Bazin dismissed the notion of M&A activity, which would offer the quicker path to capacity rationalization and higher margins. That may disappoint some, but the truth is that Accor’s current valuation doesn’t allow to hope for an active role in any such consolidation. The question is only whether or not Accor is ‘in play’.

IHG may have the better opportunities for driving the process, but Barr gave no hint of anything on the horizon in his statement. For investors, holding the stocks continues to require even more patience and tolerance of uncertainty than for most other assets.

Russia doesn’t need to be first with a digital currency, says state expert By Cointelegraph

Japan raises view on demand, but says economy in severe situation By Reuters